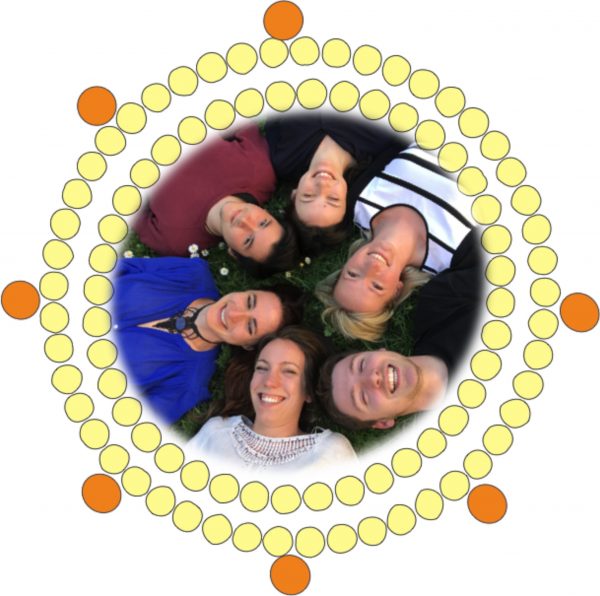 Our laboratory has a long lasting interest in human neurodegenerative diseases, with a special focus on a rare disease called Giant Axonal Neuropathy (GAN) (Kuhlenbäumer et al. 2012). Extremely severe, this infantile neuropathy targets the entire nervous system and provokes a massive aggregation of the Intermediate Filament cytoskeleton throughout the body of patients, hence supporting crucial roles of the GAN gene in sustaining key biological processes, in neuron survival and cytoskeleton architecture.
Driven by the goal to offer answers to the patients and their families and propose therapeutic solutions for this fatal disease, our team has been fully dedicated to GAN, since the identification of its genetic locus, to the study of the pathological mechanisms and to the development of translational tools towards diagnosis and therapy. As an initial starting point to the deciphering of the pathological pathways involved in GAN, our laboratory identified the mutated gene, which encodes for a novel E3 ligase we named Gigaxonin (Bomont et al. 2000). The development of patients’ derived cellular models (Cleveland et al. 2009) and the creation of a mouse model for the disease (Ganay et al. 2011) allowed us to study the massive cytoskeletal alterations in GAN and to identify Gigaxonin as the first regulator of the turn-over of the Intermediate Filament family (Mahammad et al. 2013).

Our entry in the autophagy field is recent and starts with our recent work, presenting the Gigaxonin-E3 ligase as a novel molecular switch to control the elongation phase of autophagosome production (Scrivo et al. 2019).

In this study, we demonstrate that Gigaxonin controls the production of autophagosomes, by regulating the turn-over of ATG16L1, an essential protein which drives the recruitment of the ATG12-ATG5 complex onto the nascent membrane and therefore the lipidation of LC3 on these specific sites. We reveal that Gigaxonin interacts with the WD-40 C-terminal domain of ATG16L1, to drive its poly-ubiquitination and subsequent degradation.

The study of GAN primary cortical neurons allowed us to reveal that Gigaxonin depletion induces the aggregation of ATG16L1 within the soma and causes a blocking of the autophagic flux. Thus, gigaxonin null neurons present a diminished lipidation of LC3, which corresponds to a decrease of the net production of autophagosomes. As a results, the subsequent steps of autophagosome elongation are altered, including the fusion with lysosomes and autophagic degradation.

Altogether, we demonstrate that the Gigaxonin-E3 ligase controls the production of autophagosomes by a reversible, ubiquitin-dependent process selective for ATG16L1. Thus, our results identify Gigaxonin as a novel molecular switch to fine-tune the activation of autophagy through ATG16L1, and as a significant therapeutic target to modulate autophagy activity in numerous human diseases. For GAN, this work opens interesting perspectives regarding the contribution of autophagy dysfunction in neurodegeneration, and will also permit to investigate the yet poorly studied roles of autophagy within the soma of neurons, and the concept of autophagy compartimentalization within polarized cells.