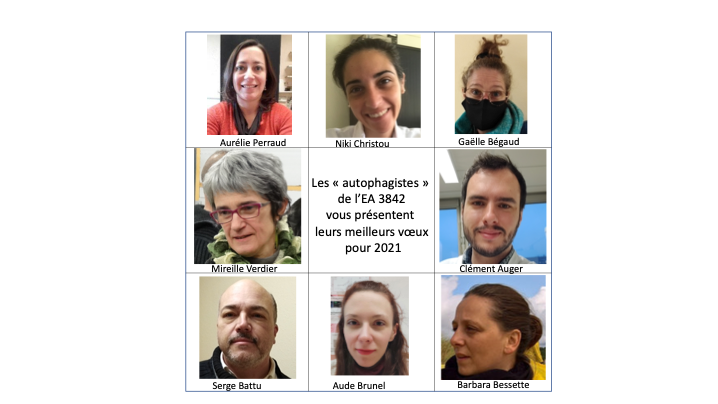 Since its creation in 2004, our team bas been working in the field of oncology. Our studies focused on the tyrosine kinase receptor-mediated mechanisms supporting tumor aggressiveness and resistance to treatments, with a special interest to cancer stem cells.
Our studies on autophagy were initiated by the following observation: tumor growth-induced stress triggers cell responses partly based on their autophagic capacities which can play anti or pro-tumoral roles. Since the autophagic machinery is tightly controlled, notably by growth factor signaling, we focused our work on the study of possible connections between neurotrophins and autophagy, in glioblastoma and colorectal cancer. Neurotrophins constitute a family of growth factors which bind to the structurally unrelated Trk and p75NTR receptors. This pathway was originally demonstrated in neural cells, but our team has characterized its presence in other cell types, particularly in tumor cells.
We have shown that hypoxic or nutrient stress induced an enhancement of autophagy, in conjunction with an activation of neurotrophin signaling. Interestingly, inhibition of either one of the two pathways stimulates the other one, which results in the survival of cancer cells. Significant increase in cell death was only reached after inhibition of both autophagy and neurotrophin signaling; we observed this response with in vitro cultured cells and with a mouse xenograft model as well.
We are currently extending this work by investigating the interconnections between autophagy and the production of extracellular vesicles (EVs). These vesicles are a mirror of the emitting cells, and are able to modify the tumor microenvironment. Secretion of EVs is amplified in response to cellular stress, either hypoxic or therapeutic, two conditions that stimulate autophagy. These two pathways (autophagy, EV secretion) help cancer stem cell to survive and communicate. Both also require intracellular building and trafficking steps, involving more particularly proteins of the small G-protein family. We hypothesized that the disruption of these intracellular steps could affect the dual capacity of autophagy and EVs secretion, thereby reducing tumor aggressiveness.
In parallel, our team is currently developing an original tool for cell sorting, sedimentation flow-force-fractionation (SdFFF), a label-free method which is related to liquid chromatography. In this technique, the chromatography column is replaced by a ribbon-shaped duct channel. The separation of the elements is based on their differential elution, depending on several physical criteria such as size and density (as well as rigidity, deformability, etc…). This sorting system has proved its efficiency in separating subcellular fractions enriched with cancer stem cells or autophagic cells.