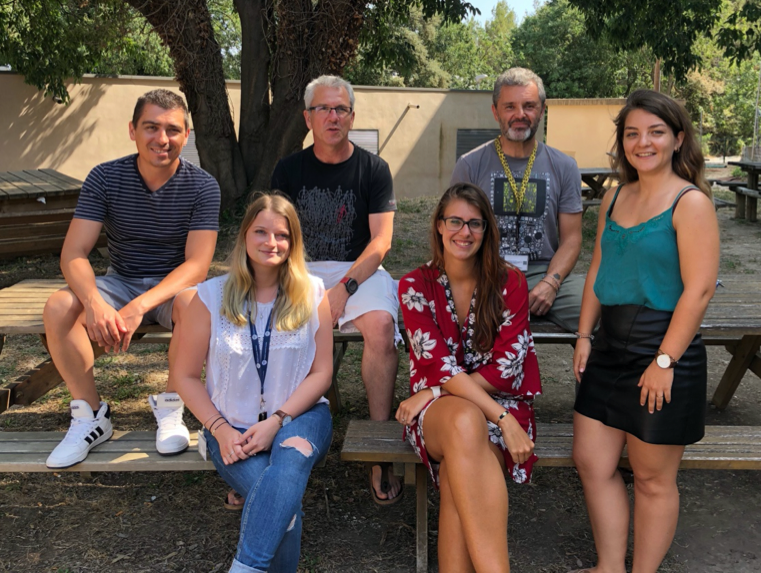 Our research focuses on the characterization of the infectious cycle of Coxiella burnetii, the bacterium responsible for Q fever, an incapacitating human disease in its acute form which can become fatal in its chronic form. This bacterium is most often transmitted by air between contaminated farms and humans, causing epidemics with serious economic and health consequences. Our laboratory, established in 2011 in Montpellier, has developed a high-throughput screening method to identify the virulence factors of this bacterium. Thus, we will be able to determine how the bacteria enter human cells and which genes are involved in its development. During infection, this intracellular bacterium generates a parasitophorous vacuole with autolysosomal properties, called Coxiella-Containing Vacuole (CCV), by using effector proteins that divert the vesicular traffic pathways (Figure 1).

Autophagy has been shown to promote the development of CCVs and bacterial effector proteins can manipulate the processes of autophagy. Among these proteins, we have demonstrated that CvpB participates in the increase of phosphatidylinositol 3-phosphate (PI3P) on the surface of CCVs, a critical event for the homotypic and heterotypic fusion of CCVs (Martinez et al., 2016) and that CvpF promotes the anchoring of LC3B-II to CCVs via an interaction with the RAB GTPase RAB26 (Siadous et al., 2020). Importantly, these two proteins play a major role in the virulence of Coxiella burnetii in vivo. The approaches developed in our laboratory allow us to understand how Coxiella manipulates cellular mechanisms, such as autophagy, to establish a replicative niche and develop in cells. Ultimately, a better understanding of the Coxiella burnetii infectious cycle will allow the development of anti-infectious molecules targeting both infected cells and the pathogen.