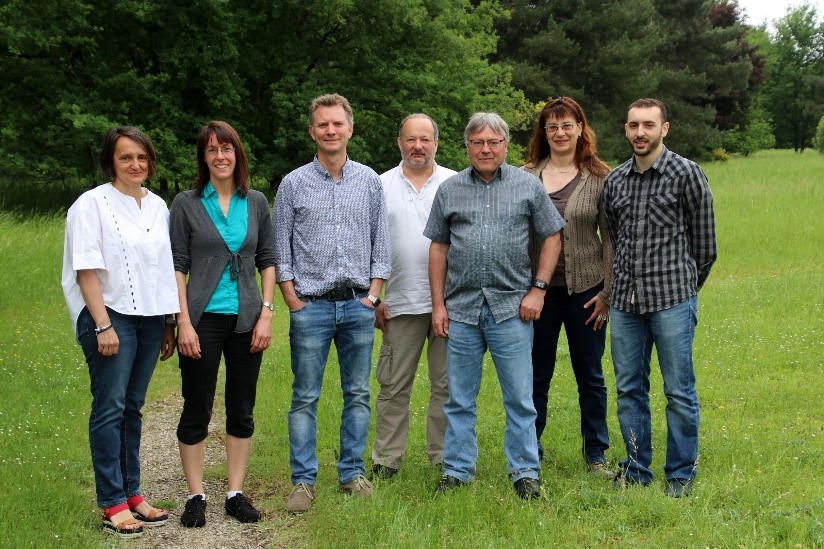 Autophagy and apoptosis: The GALIG gene is embedded within the gene galectin-3 gene and encodes two entirely different proteins (see diagram), Mitogaligin and Cytogaligin. Mitogaligin has pro-apoptotic properties related to destabilization of mitochondrial membranes. Recently, a partial interactome of Cytogaligin has been established and showed that GALIG could be associated with several additional biological functions. Indeed, it interacts with several proteins related to autophagy and UPS (ubiquitin-proteasome system) and also with alpha-synuclein, a major protein in Parkinson’s disease. Our research focuses on the functional consequences of these interactions to determine the potential role of GALIG proteins in autophagy and apoptosis.
We are also developing a translational project, in collaboration with several departments of the Orleans Hospital to study the expression of the GALIG gene and autophagy genes in various pathologies, acute myeloid leukaemia (AML), HIV infection and Parkinsons’disease. Diseases that involve disruption of the immune system showed an impairment of the transcriptional capabilities of the GALIG gene. Indeed, AML patients showed a decrease in gene expression as a function of myeloid cell differentiation. This could be a critical point in the treatment and diagnosis of the disease. Conversely, in the case of HIV infection, effectively treated patients showed an increase in GALIG gene expression as well as a disruption of autophagic gene expression. Although the immune system returns to a near-normal level in the long run, the fact remains that certain functions, including autophagy, could remain disrupted. In Parkinson’s disease, the expression of GALIG was not affected in peripheral blood. However, as for HIV patients, the expression of different autophagy genes was abnormal. We are studying whether this modulation could be recognized as a molecular marker for prognosis and early diagnosis.