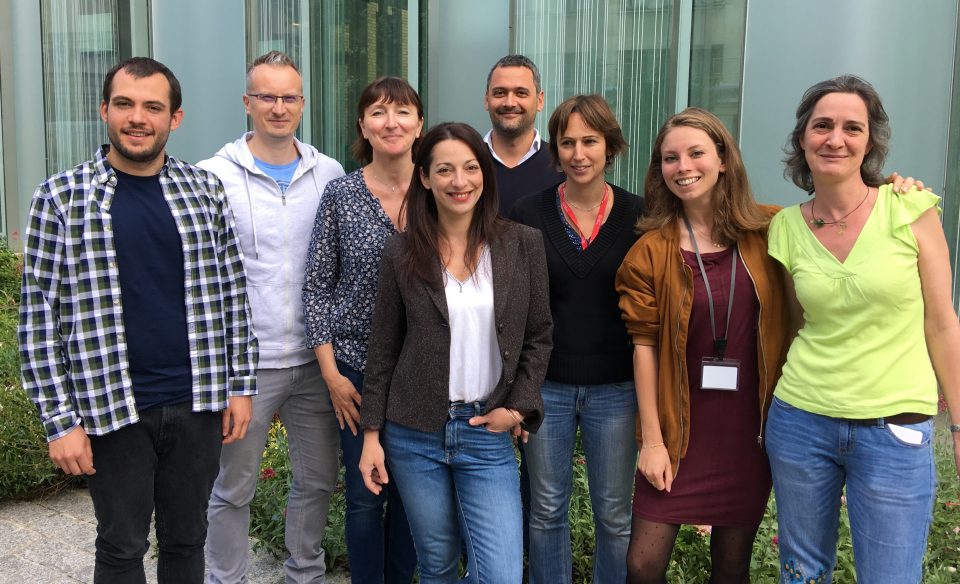 Our laboratory has a long-lasting interest for the hormonal regulation of brain cognitive and metabolic functions. Hormones are essential factors ensuring the proper regulation of physiological functions by mediating the dialogue between organs. Many hormonal factors can reach the central nervous system where they influence neuronal homeostasis, adult neurogenesis and cognitive functions. Importantly, mounting evidence also suggests that hormonal imbalances may contribute to the progressive decline in cognitive functions occuring during aging. However, while the functional importance of hormonal factors on brain activities is undeniable, their cellular and molecular mechanisms of action are largely elusive. Moreover, although the brain expresses receptors for most, if not all, hormonal factors, the role(s) of many hormones in the CNS remains unexplored. Therefore a better understanding of the influence of hormonal homeostasis in brain cognitive activities and brain plasticity may open up new avenues for therapeutic intervention to ameliorate disease-related cognitive impairments, and reverse/prevent age-related memory decline.

Context: Emerging data indicate that administration of young plasma (YP) improves memory in aged mice, which emphasizes the role of systemic factors in the maintenance of cognitive fitness (Fig. 1). In line with these findings, we and others have identified Osteocalcin (Ocn) as a necessary hormonal factor contained in YP which can rejuvenate hippocampal (HpC)-dependent memory functions in aged-mice (Fig. 1). Ocn is a bone-derived hormone that crosses the blood-brain barrier and impacts on memory, via activation of its receptor, GPR158, present in HpC neurons, by modulating the production and trafficking of brain-derived neurotrophic factor (BDNF). Circulating Ocn levels are dramatically reduced in aged mice, while restoration of Ocn levels is necessary and sufficient to improve age-related cognitive deficits. The potential therapeutic effects of exposure to “young” systemic factors such as Ocn in reversing aging-associated memory impairments raises the crucial question: What are the intracellular effector(s) of rejuvenating factors in HpC neurons? In this context, we observed that YP/Ocn injections in old mice increase HpC levels of various autophagy-related (ATG) proteins.

Neurodegenerative conditions have often been linked to autophagic failure, but despite both cognitive function and autophagy decreasing with age, a possible physiological role for autophagy in cognition and age-related memory decline has not been established. Given the fact that APs are actively formed in synapses, and that hippocampal neurons are highly influenced by various environmental factors, we set out to explore the role of autophagy in regulating cognitive fitness, brain aging, and as a potential mediator of the effects of youthful systemic factors on memory and brain plasticity.

By using mice downregulated for specific autophagy proteins in HpC neurons, we found that these mice had impaired memory capacities but unaltered locomotor functions and anxiety levels. We next found that autophagy in HpC neurons is rapidely enhanced after exposition to novel memory stimuli and that these bursts in HpC autophagy is a necessary mechanism to promote novel memory formation, by fostering activity-dependent structural and functional synaptic plasticity in hippocampal neurons (Fig. 2A). Importantly, we found that autophagy activity is reduced in hippocampal neurons during aging, and that restoring its levels is sufficient to improve age-related memory deficits (Fig. 2B). Given the known cognitive benefits of young plasma circulating factors in old animals, we found that restoring youthful levels of circulating factors is an efficient intervention to improve age-impaired autophagy levels in the HpC (Fig. 2C). Furthermore, we show that the rejuvenating effects of YP administration on memory deficits in aged mice are abrogated by downregulation of hippocampal autophagy (Fig. 2C). Among these youthful factors, we show that Ocn is one such circulating factor that improves age-associated memory deficits in an autophagy-dependent manner.

Altogether, our findings reveal a novel physiological function of autophagy in neurons for promoting memory formation, by modulating structural and functional synaptic plasticity. Our results also indicate that age-impaired autophagy contributes to the progressive decline of hippocampal function during aging and provide proof-of-concept that pharmacological modulation of autophagy could be considered as a new approach for the treatment of age-related cognitive disorders. Lastly, this study highlights a key role for autophagy in shaping the communication between the systemic milieu and neurons in fostering cognitive fitness and neuronal homeostasis.