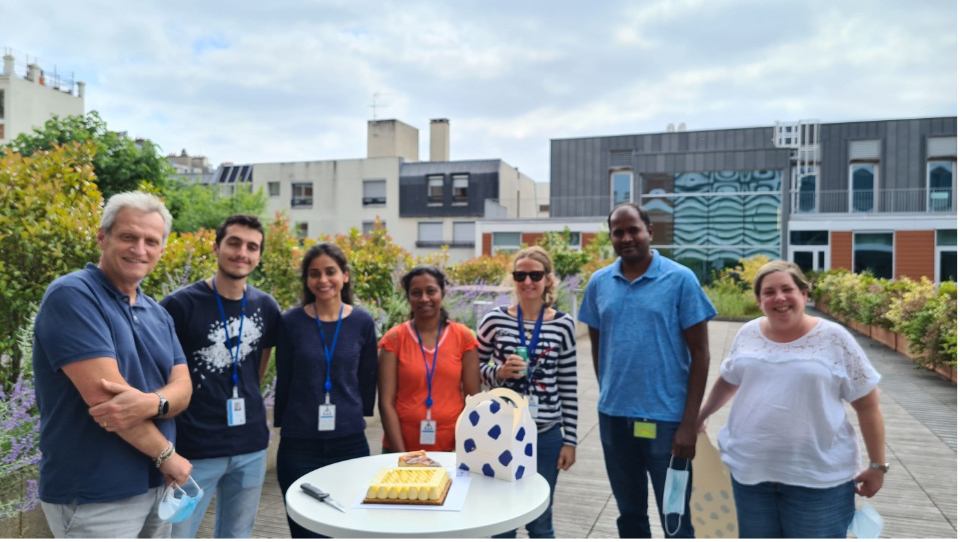 We are investigating autophagy, which is the most versatile recycling machinery in human cells. Autophagy sequesters cytoplasmic material in a newly formed membrane vesicle, called autophagosome, and transports it to lysosomes. A major function of autophagy is to maintain cellular homeostasis by degrading protein aggregates or non-functional organelles which are potentially cytotoxic. However, starvation and toxic insults elicit another mode of action. Under these conditions, autophagy does not select cytoplasmic material for degradation but sequesters bulk cytoplasm. What sounds like wasting resources is indeed essential for cells to survive those conditions. Although the cell sacrifices functional proteins, organelles and ribosomes, it replenishes building blocks that are needed to maintain the most essential vital functions of human cells. What happens if autophgy fails a major research focus of our team.
How does it work? This is a very simple question but the answer has puzzled many research teams over the past decades. Here is what we know: Ground-breaking work by many teams worldwide revealed that during autophagy, a membrane sac (or cistern) is formed, which acts like a “waste bag” and captures either distinct cytoplasmic components or bulk cytoplasm. Expanding of the structure sequesters autophagic cargo entirely and allows the membrane to finally close upon itself. The resulting double-membrane vesicle – the autophagosome is transported to lysosomes where autophagic cargo is degraded. This process is driven by a dedicated machinery comprising more than forty autophgy related (ATG) proteins. These proteins are organised in functional units (complexes) that are sequentially recruited to the site of phagophore formation. The endoplasmic reticulum serves as a platform from which phagophores emerge. The process involves remodelling of the ER into a specialised domain, called omegasome. Early ATG complexes recruit membrane vesicles to this ER-domain and their fusion generates a membrane precursor at which downstream ATG complexes assemble. Expansion of this precursor allows cargo or bulk cytoplasm to be sequestered. The lipids that are required for this expansion are donated by vesicles which are originating from various sources as well as through direct transfer of phospholipids from the ER. Sealing of the phagophore gives rise to an autophagsome that fuses with lysosomes to expose its cargo to lysosomal hydrolyses. But what happens if autophagy does not work? The onset of several human diseases including cancer, autoimmune and metabolic diseases, as well as neurodegeneration correlates with a reduction in autophagy. Although the involved molecular mechanisms are not well understood, the process is age-dependent which increases the risk to develop related disease in older individuals. Slowly or non-dividing cells such as neurons are thus particularly vulnerable. We recently identified a specialised autophagy pathway that degrades protein aggregates in neural cells.